Here's some manga I read that was sort of wack. I can't really tell if I even liked reading these, I just thought 'well, ok then.'Also if you want to read any of these, I'd check the tags because the content in some of this stuff can potentially be triggering. I'll also be rambling about said content here so if you're uncomfortable with topics such as rape, bullying, violence, stalking, etc. feel free to leave this page. 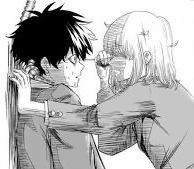 Plot: A girl named Shirasaki Hana is being viciously bullied by her classmate, Nakajima Tatsuya. However, by the end of chapter 1, it's revealed that Nakajima is actually being forced to bully Shirasaki. If he fails to bully Shirasaki or doesn't meet her standard of acceptable bullying, she uses violence against him (ex: pulling his teeth out).

Thoughts: The plot of this manga is sort of bonkers and in retrospect some parts are pretty ridiculous. At some point Nakajima and another bully are fighting over who has the right to bully Shirasaki. So then they have a 'bullying contest' to see who the better bully is. In this contest, Nakajima puts fake poop on her and this causes the other bully to get disgusted by the poop (he doesn't know it's fake) and unable to touch Shirasaki. I don't even think that was the most ridiculous part. For me, it was when we learned that Shirasaki lives in this giant mansion (where are anyone's parents btw?) and just has a giant room with a chair in it, for torture purposes I guess (as your typical teenage girl does), and also put a reverse mirror or something on the window? And this conveniently allows for some other classmate to not know that Nakajima is in the middle of having his teeth pulled out. Within this day Nakajima (1) has some his teeth pulled out, (2) pulled out some of Shirasaki's teeth, (3) convinced his classmate he's a murderer. This poor man needs a break. Also, it's explained that they reason why their homeroom teacher doesn't do anything is because he's being blackmailed by Nakajima to keep quiet. I'm still confused as to why he's able to bully Shirasaki in the hallways (making a big spectacle) and somehow none of the other teachers notice. Anyways, I dropped it around the point where the yandere showed up. This yandere gives solace to him and suggests that they kill Shirasaki. Honestly, I'm sort of on board with this plan. Sometimes murder is the answer. At this point Nakajima should just throw his morals out the window. I might pick this manga back up again in the future just for yandere. 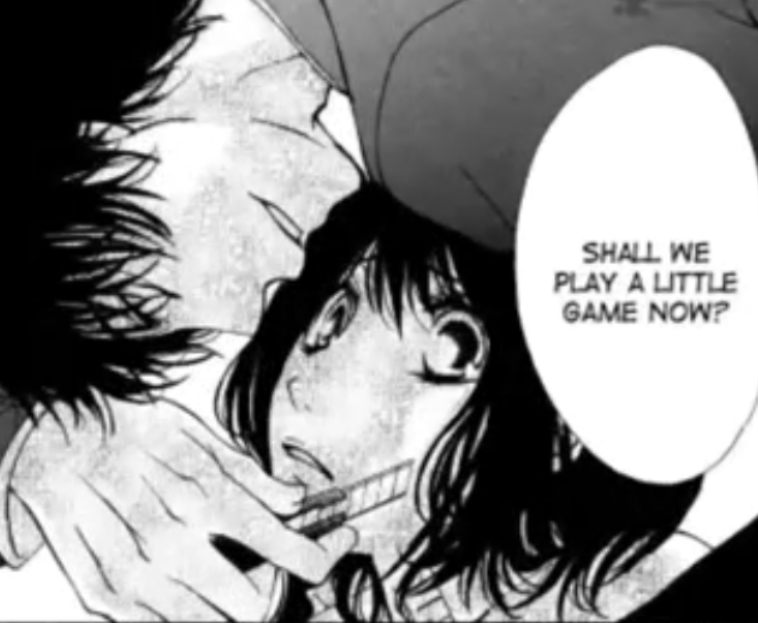 Plot: Beniko's boyfriend, Sora, dies in a car (it's been a while so I forgot if it was a car) accident, and his twin, Umi, (who was always mean to her) shows up now looking exactly like her dead boyfriend (he cut his hair, changed his vibe, etc.). He starts blaming her for his twin's death and forces her to do a multitude of things (mostly sex).

Thoughts: If I had to quickly explain this it would just be the definition of a toxic relationship. The ending was just ??? (what was with that scene showing 10 years later?) I have no idea why Beniko fell in love with Umi. He acted horribly to her. Sure he had moments where I think he tried to care for her, but the reason why she was hurt (like falling down the stairs because her legs felt weak) was his own fault. You can't just tie someone up in your closet for a few hours and then be randomly caring when they feel weak. His actions just didn't make sense to me (maybe I'm just dumb). If he loved her the whole time then why did he do all that? I get that people can process grief differently, but doing some weird rapey-revenge plot and blaming the girl you like for your brother's death might be a bit extreme. Also, they had sex in the weirdest places. In a pool?? Weren't they on pool cleaning duty, this is the opposite of cleaning a pool. And in the boy's school bathroom?? That's so unsanitary. And why did he gag(?) her using a cellphone? The fact that they had sex outside and blinded her using his tie is probably most normal thing they did. 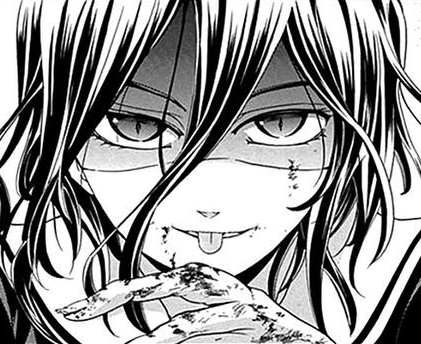 Plot: Ayana Fujisawa is being bullied by her classmates. After getting pushed in front of a car she swears revenge on all 27 of them.

Thoughts: This was so edgy, but I guess that's the appeal to it. The ending was pretty meh, I thought the twist was sort of dumb. It was just like 'there was an evil mastermind the whole time whose whole motivation was that he was bored!' Also when we learned that Ren was in love with Ayana, then why did he rape her and participate in the bullying?? I was also confused as to what level of violence Ayana was ok with. I mean she was fine with making Daisuke eat a rat, stab him with a million pins, and attempt to bury him alive, yet somehow when Shouta kills someone (and also beheads someone later) she's shocked and horrified. I feel like with what she's done, she should be okay with that level of violence. Also, I'm unsure of if I missed it or forgot but I have no idea what happened to Homura in the end. She went sort of yandere and stabbed Ren, freaked out a bit when Ayana said she didn't need her anymore, and then ??? Anyways, the only character I liked was Miho. I thought she was really pretty plus she was reading No Longer Human and quoting Osamu Dazai (author of No Longer Human, not the guy from Bungou Stray Dogs), so I thought 'yes, pretty girl with weak health who likes reading and is probably smart'. So when she was set up to be the main mastermind, I was like 'oh cool', and then when it was revealed that she actually on Ayana's side the whole time I was like 'hmm yes friends to enemies, but not actually enemies' (even when Ayana swore revenge on everyone she still couldn't bring herself to do anything to Miho, yesss the drama). And then she died. She died not even knowing that Ayana was coming to save her. I get that was what she wanted, for herself to die and for Ayana to not fall into the trap, but still I needed closure on their relationship. Out of all the others on this list, I probably enjoyed this one the most. 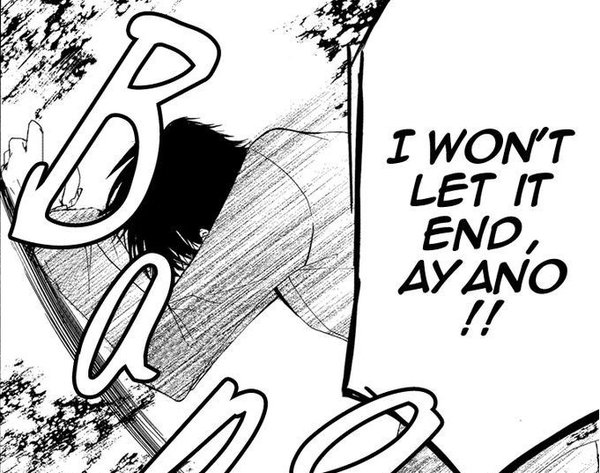 Plot: Ayano is a chemistry teacher who is being pursued by her yandere student, Hijiri, who she used to be friends with 8 years ago.

Thoughts: Compared to the others, this was a lot more tame. This was one of the first yandere manga I read, and I can safely say it does not have a special place in my heart. Given that I read this knowing it's a yandere manga and not romance, I was fine with most of Hijiri's behaviors (stalking, being a creep,etc.). However, what I thought was sort of weird was when he tied her up and just kissed her all over (especially her feet). Not to kink shame or anything, but I think perhaps the author likes feet? Maybe I'm thinking about it too much, but I mean the cover is literally Hijiri caressing her feet. Putting that aside, at the end when Ayano decides to accept his love I was just like 'good for them I guess?' (compared to Bokura no Koi, I at least sort of understood her reason for falling in love, she was overwhelmed by his love or something- still pretty dumb, but oh well). I'm not really a fan of age gap stories (but honestly the age gap is the least of the moral issues here) and I didn't really like the type of yandere that Hijiri was either, so this just a very meh read for me.